If you’ve never watched the movie, The King’s Speech, starring Colin Ferth, you should. It’s a wonderful story of a man, against all odds, making an impact on his country and the world.

It begins with Prince Albert, the Duke of York, giving a speech at the closing of the British Empire Exhibition in Wembly Stadium. He had a terrible stammer in his speech. He had things to say, but the words simply would not come out. It was difficult to watch his mind and mouth not cooperate with each other.

Poor Prince Albert wanted to do something about it. He’d tried numerous treatments, but none seemed to work. Finally, at the behest of his wife, he had a meeting with a man named Lionel Logue, a non-medically trained speech therapist. In that first meeting the prince struggled to talk to this specialist throughout the meeting. However, at the end, the Mr. Logue asked him to recite Shakespeare’s “To be or not to be” soliloquy from Hamlet while listening to Mozart on a pair of headphones. All the while he was speaking, Mr. Logue was recording. Prince Albert, frustrated, took off the headphones and decided this wasn’t going to work. In response, Mr. Logue told him, “You sounded sublime.” In fact, he did.

Prince Albert would continue working with Mr. Logue and was showing progress, though still not perfect.

The Prince was the younger of two boys of King George V. When King George passed away his older brother, David ascended to the throne as King Edward VIII. He was more charismatic and a much better speaker, but the new king had a serious problem. He intended to marry a twice-divorced American socialite. As head of the Church of England, this was verboten because her exes were both still alive, which would be against church law.

So, the throne was thrust unwillingly on Prince Albert, who was crowned as King George VI. Where others would be pleased to be an esteemed position such as this, the new King was terrified. Radio was the new medium to reach out to people. How could a stuttering King get along speaking to millions of his countrymen if he can’t get a word out?

His relationship with Lionel Logue grew and Mr. Logue had come to be known as one of the King’s advisors. All through the early days in his new role, he was unsure of his fitness to serve until one day, when Lionel casually sat in King Edward’s chair. It was highly disrespectful. Lionel was goading him on until finally King George, without a stammer or stutter, scolded him for it. When Lionel asked, “You said you’re no king, why should I listen to you?” King George retorted, “Because I have a right to it. Because I have a voice!” To which, Lionel calmly replies, “Yes, you do.”

This is the turning point for their relationship. The King started taking his speech practices more seriously. Which was good, because shortly after, Nazi Germany was on the march and he had to announce a declaration of war over the radio. This was a crucial time for his country. To demonstrate support, Prime Minister Neville Chamberlain, Winston Churchill, and the Archbishop of Canterbury came to the palace the morning of the declaration.

In the broadcasting room of Buckingham Palace, it was only King George VI, Lionel Logue, and a microphone. Silence. Dreadful silence for a long moment. For everyone listening, in their mind they were wondering, “Will he be able to speak?”

Lionel helped him get started. He was moving his arms like a conductor and motioned the King to start. The first few sentences were forced out. Slow. Deliberate. But his tongue and mouth were moving. Then it all clicked. King George VI, while not delivering it perfectly, delivered it powerfully.

Watching up to this point and knowing how difficult this was for him, the scene was very moving. The King told his countrymen of the challenge they faced, but through it all, they would prevail. How perfectly fitting that these words are spoken by this man.

So what can we learn from this story to help our career?

In the end, what holds us back the most is ourselves and our conviction that we’re not good enough in some way. With King George, he was convinced he’d be terrible in his role because he couldn’t speak smoothly. He was tremendously intelligent and gifted in a multitude of ways, but speaking was not his forte. However, with practice, he became good enough to deliver when it counted. 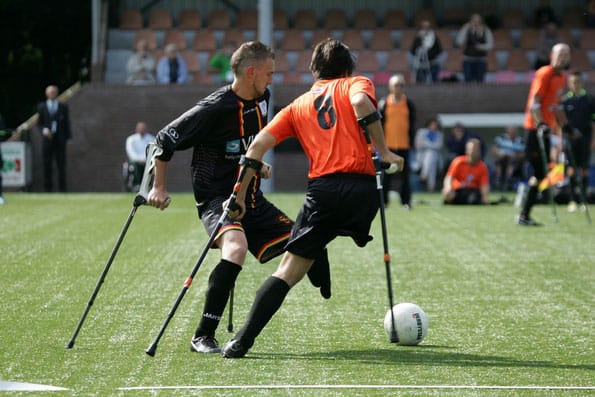 In the end, what holds us back the most is ourselves and our conviction that we’re not good enough in some way. With King George, he was convinced he’d be terrible in his role because he couldn’t speak smoothly. He was tremendously intelligent and gifted in a multitude of ways, but speaking was not his forte. However, with practice, he became good enough to deliver when it counted.

As an introvert, I often told myself that I’m not good at networking. I don’t have the “gift of gab” like extroverts. Going to any of these sorts of functions made me anxious just thinking about them. But I’ve found that the more that I put myself in these situations, the better I become. Don’t get me wrong, I’m perfectly able to carry on a conversation with others, it’s just not something I’m naturally drawn towards. My strength isn’t talking, it’s listening. Sometimes that’s better in networking anyway.

2. Competence and confidence is a powerful combination. 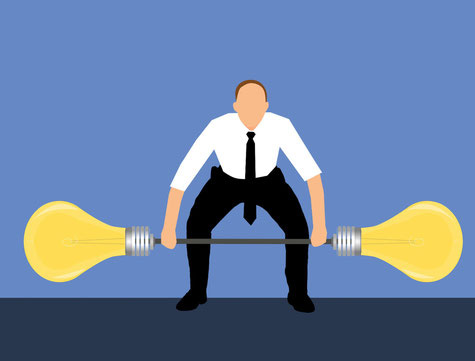 The King was obviously competent, or he wouldn’t have done well in his role, no matter how good a speaker he was. His issue was confidence. He had so convinced himself he wasn’t capable, that even with training, delivering that speech in one of the final scenes in the movie was, in his mind, an insurmountable challenge.

The first building block to a successful career is to establish your competence. Get good at something. This develops a reputation for you. As you build on that reputation, your confidence becomes greater. These are always going to be your steps, whether you’re fresh out of school and on your first job or have been working for decades and enter a new role.

There was a time when I left recruiting and started working as a research analyst for a school district. I had some data and statistical analysis experience through my education but hadn’t done it professionally before. It was a steep learning curve. I had to ask a lot of questions, observe, and then started doing. Fortunately, I was able to learn what was needed in short order and soon had built up a solid enough reputation where colleagues were listening to my recommendations.

3. You can perform under pressure.

King George knew that he had to perform when it came time. In one scene, he was watching films of Hitler with his family. At some point, his daughter asked him what the Fuhrer was saying, to which he replied, “I don’t know. But he seems to be saying it rather well.” There was no doubt. He had to deliver for his country. Can you imagine the weight on his shoulders?

Sometimes it feels like the weight is on our shoulders, too, when we are out of work and our family is relying on us for income. It’s a severe amount of pressure to be under. But know this. Just as King George was able to perform under unreal pressure, so can you. Make sure you’re getting enough rest. Start the new day off with a good breakfast. Make sure every effort you do is getting you another step closer to your goal. Every small accomplishment is positive and purposeful. Before you realize it, all those small efforts add up to the attainment of your goal.

4. Hiring a coach is beneficial to your career.

If not for Lionel Logue, King George VI probably would have always struggled with his plight. He never would have had his voice. When you struggle and feel alone, you need some encouragement. You need someone to hold you accountable and to drive you to attempt what feels impossible at that moment. Lionel was there for the King until he didn’t need to be any longer. The final scene of the movie is on a dreary, foggy day, when the speech therapist told his Royal Highness that his services were no longer required. They shook hands and Lionel walked off down the street and into the fog.

While we can do much on our own when we are searching for a new job or career, we can make a lot of avoidable mistakes that prolong our transition between our old job and new one. With the help of an expert, we can quicken the process and jump-start our career.

Behind every great athlete, there is a great coach. True, Michael Jordan was a great athlete before he met Phil Jackson, but he wasn’t a champion until after. With a good coach, we can be sure that everything we are doing will help us reach our full potential in our career.