Give Your Resume a “Smart & Sexy” Makeover

Back in my high school days, I remember a movie called "She's All That." Google describes it thus:

High school hotshot Zach Siler (Freddie Prinze Jr.) is the envy of his peers. But his popularity declines sharply when his cheerleader girlfriend, Taylor (Jodi Lyn O'Keefe), leaves him for sleazy reality-television star Brock Hudson (Matthew Lillard). Desperate to revive his fading reputation, Siler agrees to a seemingly impossible challenge. He has six weeks to gain the trust of nerdy outcast Laney Boggs (Rachael Leigh Cook) -- and help her to become the school's next prom queen.

Yes, as you can tell from it's description, this was a movie that rivals such films as Citizen Kane, Gone with the Wind, or the Godfather. Well...maybe not. But it was fine for what it was. The main story-line was to give this nerdy girl an extreme makeover and teach her how to be popular. And of course, there was the cliche slow-motion scene where she comes down the stairs in make-up, a pretty dress, and her hair down. The camera then pans to the "high school hotshot" with his mouth agape in amazement. Now, not only was this girl smart. She was sexy too. He was in love.

Ok, I know what you're thinking. What does any of this have to do with resumes?

Surprisingly, quite a bit. When it comes to a resume, Recruiters and Hiring Managers want a "smart and sexy" resume too. They probably don't realize it, but they're attracted to the ones that are the most eye-appealing first. Then, once they start reading them, they determine if they want to speak to the candidate based on how the candidate describes themselves and their experience.

While that's what we want, you know what we get most of the time? Duds. They are neither smart, nor sexy. Most resumes simply look and read bland. This doesn't mean that you won't get a call from an employer with a bland resume, but your rate of interviews will be far lower. So, with this in mind, here's how you can give your resume a makeover so it is smart and sexy.

1. Study the Job Description and Learn about the Company

One of the mistakes a lot of people make when they pen their resume is that they make a generic one that they use for every job to which they apply. It's a time-saver, but not a strategy that's going to get more interest in you. 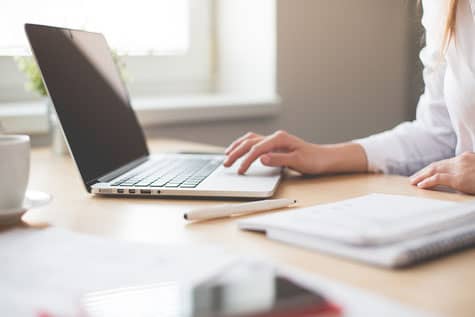 The job description itself has a lot of clues to help you figure out what the employer needs for the role. Use a highlighter and mark the knowledge, skills, and abilities it discusses. Then, in your resume, write about examples where you match the description.

Likewise, spend at least a few minutes learning more about the company you're applying to in order to discover what the mission and goals are. Do you know what you should include in your resume with this knowledge? That's right, show how your experience is going to help the company reach its mission and goals.

Long story short, show how you're a good fit for the job and company as well as how you're going to benefit them. Do that and you're a third of the way to making your resume smart.

2. Write About Your Accomplishments Instead of Your Duties

Which do you think employers want to read more about: (a) the job descriptions of the jobs that candidates have held or (b) what the candidate actually did in a job that is somewhat noteworthy?

I'm guessing everyone is thinking (b), right?

You are correct. But for some reason, almost every resume I've ever read in my career resembles option (a) instead. All those "bland resumes" are simply a recitation of the candidate's job description. I'll grant that some of this might be relevant, but think about it from the reader's perspective, is this information about the job going to make the reader excited to meet the candidate? Probably not. So, stop doing this!

First, write down everything you've ever done, personally and professionally, that you're proud of. Put down on paper all the accomplishments, awards, accolades, and at-a-boys you've had over the years. Then, include those items that match the job and company (see Step 1). Use as many quantifiable achievements as possible. For example, "increased sales by 40%" is better than "increased sales significantly." Whenever you have a number or statistic, don't spell it out. Instead write the number like I just did in the last sentence. It stands out more.

If you do this, you've just made your resume even smarter.

It's important to demonstrate some consistency and growth in your career. You can do this a couple of ways.

One common way is to show it through the consecutive jobs that you've held from earlier in your career to now which demonstrates that have been upwardly mobile.

But, not all of us have had such a straight path in our career. If this is the case, you'll need to show the advantages to having worn different hats. What additional responsibilities did you take on? What new skills did you learn? How did you succeed?

These are the kinds of things that Recruiters and Hiring Managers really want to know about you because past performance is a good predictor of future performance, as the old saying goes.

4. Use Appropriate Fonts, Graphics, and Color

You want your resume to stand out to the person who is reading it so that he or she will remember later on. Just make sure that you're standing out in a good way. It should always look professional, but having good graphic design can get your resume a lot further than what everyone else is doing.

If the only font you're utilizing is Times New Roman, think about making some updates. There are a lot of eye appealing fonts to select from that are pre-loaded in Microsoft Word, and even more that you can download for free from the internet.

Likewise, adding a little color beyond black will make your resume stand out. We're not advising printing your resume on lime-green paper, but using some color ink on your resume is no longer verboten. Black should still be the primary color used to print, but add a little pizzazz as a finishing touch.

Graphics is yet another way to set your resume apart from the run-of-the-mill resumes that Recruiters and Hiring Managers are inundated with. For example, a few years ago, I was recruiting for a HR Manager role. I was running resumes by the Director to review to see who she would like me to reach out to and schedule for a screening interview. Of all the resumes I passed on, the one she remembered the best and told me to contact first was "the one with the company logos next to their positions." I knew exactly which one she was talking about because I thought that was a nice touch too.

Again, don't do anything too garish where it actually hurts your chances of getting a call. Just like make-up, a little can go a long way. But when something attracts the eye, it's only going to work to your advantage.

5. Make It Symmetrical and Consistent

There are four rules to graphic design that you want your resume to follow.

1) Proximity - Group elements together that belong together.

For instance, this is why you should add space between the jobs you've held instead of it all looking like one big block from top to bottom. It makes it easier to read and delineates things in the readers' mind.

2) Alignment - Everything should have a connection with some other item.

One thing that drives Recruiters and Hiring Managers nuts is when it's hard to find dates of employment. Generally, the dates should be at the right margin. This can be challenging to do if you are trying to tab and space the date over to the right margin. Here's a little trick I'll share with you, my fine readers...insert a two-column table that fits the width of the page margins. The left column you can left-justify and write the company name or the position. The right column you can right-justify and type in the dates of employment. Remove the borders and voila, you have consistent alignment for each job.

3) Repetition - Repeat some aspect of the design throughout the entire piece.

Spacing and alignment should repeat throughout. Similarly, if you embolden or italicize the job title for one position you've held, you should do it across the board for all the other positions. Headings should be the same size and color. You get the picture. These things sound trivial, but are important because they are both eye-appealing and make it much easier to read and digest.

4) Contrast - Differentiate similar elements from each other.

Don't let different sections of your resume blend in with one another, make them noticeably different. You can do this with the font you choose, the size of the print, the color, and so on. I shouldn't have to work to find your licenses and certifications on your resume to make sure you meet some requirement for the job I'm trying to fill. It should be as simple as quickly skimming through the document and finding in big, bold letters, the section header "Licenses and Certifications."

6. Tie It All Together

The mistake I see the most often in resumes is that there is either too much time spent on content or form at the detriment of the other, or there is not enough time and thought spent on either element in their resume.