May the Odds Be Ever in Your Favor

How many of you have watched "The Hunger Games?"

Yes, I know, another movie I'm relating to career advice...what can I say, I like movies.

Anyway, for those of you not familiar with the film, IMDb gives this as their quick description: "Katniss Everdeen voluntarily takes her younger sister's place in the Hunger Games: a televised competition in which two teenagers from each of the twelve Districts of Panem are chosen at random to fight to the death."

On her first night in The Hunger Games, Katniss, the young protagonist of the story, was about to go to sleep in the forest she and her competitors were dropped in that morning. Suddenly she heard music in the air, with the voice of the production's host announcing who had been killed in the games thus far and a projection in the sky of their pictures. Grim. Depressing. Frightening. The message was clear - kill or be killed. The announcement ended with the host proclaiming to the game's remaining contestants, "May the odds be ever in your favor."

I'm sure this would be  a peculiar phrase to hear for Katniss, considering that the odds haven't seemed to be in any of the contestants' favors ever since they were selected to compete for their district. However, Ms. Everdeen did a few things that made the odds ever in her  favor. As bleak as things appeared for her, she managed to not only survive but also to later lead a revolt against the government who ruled over her.

Obviously, we don't live in a dystopian world. Things aren't so terrible. Even so, there are times in our career when it feels that the stars are lined up against us. When we've been out of work for a while, we start to wonder if we'll ever get hired again.  Sometimes we feel secure in our career and then all of a sudden, the bottom gets taken out from under us. Our company gets bought out, a new manager comes to the team, changes in technology makes our role less critical, and so on. For some of us, we want to get promoted and take on new challenges, but never seem to be given the chance.

The only thing guaranteed in this life is that at some point, you'll encounter a challenge. Sometimes it will seem insurmountable. You'll question yourself and your resolve. Just like Katniss, you'll have to figure a way out. So let's look at a few things that she did right that you can do, too. 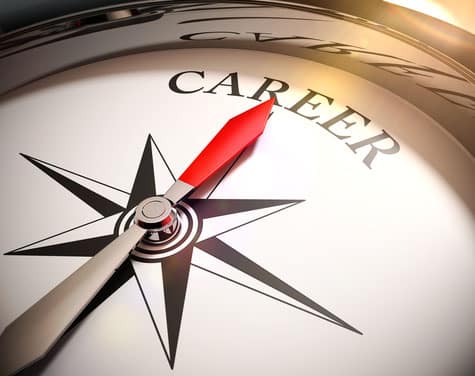 One thing she never did was sleep in. She was up at first light, ready for action. She was focused on staying alive. It's amazing how being in a life and death situation suddenly gives you the clarity to realize that being lazy is a bad lifestyle choice.

We all know what self-discipline means. But few of us follow through on living it day in and day out. It requires so much...work.

Hey, no one said a good life was an easy one! You need to make sure that every second and every bit of energy that you're using is going to propel you forward. If it's not, stop doing it.

This requires that you keep a schedule and stick to it. It means that you should be tracking what you do and the results of your efforts. It means creating good habits, eliminating distractions, and doing everything with your purpose in mind. The Army has drill Sergeants who put discipline into its new recruits at boot camp. For the rest of us, we have to be our own drill sergeant. If we fail to live up to our own standards, how can we live up to others'? I'm not saying you have to beat yourself up if you falter, but you need to do something to hold yourself accountable.

Develop a Wide Set of Skills

Katniss may have excelled with the bow and arrow, but she had a lot of other talents that went largely unnoticed until the games were on. First of all, she had a very good sense of using persuasion to her advantage. She realized that the audience watching could help their favorite contestants with tributes. The quickest way to get the audience on your side is to provide them with a compelling story. So she gave them a love story with the boy from her district, Peeta. Not only did this help her get the food, water, and medicine she needed, it also allowed them to both "win" the game, which, until then, had only one winner. Beyond that, she had tactical skills, leadership skills, problem solving skills, and probably a few more than what I can't think of off the top of my head. In other words, she had many dimensions that she could use as the situation required. 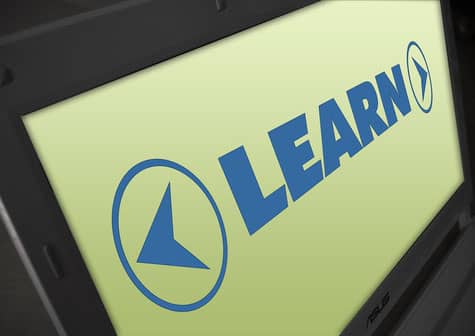 When it comes to employment, being a specialist in something is, long-term, sentencing yourself to long periods of unemployment.

Because everything eventually runs its course. For example, what if you were a computer programmer who only knew how to write code in DOS. Do you think you'd have a job today? I can answer that for you. No, you would not.

Now, what if the computer programmer also learned several other programming languages, developed their public speaking skills, went to some leadership training, worked in several different departments in the company, and was well read up on various new technologies. I'd say this computer programmer is going to go places. He doesn't just have a skill set for the here and now, he's developing a set of skills he can use well into the future.

Our strong woman protagonist also quickly realized that there is no one right way to survive. Because she had many talents, she was able to take various paths to get to the same end. When it called for her to lead the group, she would. Other times she followed. Sometimes she had to do something on her own. There were times when she used her archery skills. Other times she had to use cunning to get out of a sticky situation.

We humans can be a pretty stubborn bunch. We think that whatever we decide upon, is the one and only direction we are allowed to take. However, to succeed, we have to be much more flexible. We need to adapt to the situation and act according the information before us. Otherwise, we will end up at a dead end, not knowing what else to do.

So don't be stuck in your ways. When we advise candidates on their job search, we try to open them up to other possibilities. Opportunities where they can use the skills they have, acquire new ones, and possibly see a better career trajectory than they are on. When you get passed up for that promotion you counted on, maybe it's time to look at other avenues to get where you want to go. Maybe you have your heart set on a singing career. You should still pick up new skills, get a degree or certification, or do something else that will give you other options if the singing career doesn't work out. Having options is the key.

Because of how Katniss Everdeen approached the Hunger Games, she truly had the odds ever in her favor. She accomplished this one step at a time. She understood that the longer she goes, the better her odds get.

When you are trying to find a new job, it can feel overwhelming. You end up try to do everything all at once, and ultimately doing nothing effectively. You think you need to hit home-runs in every interview and impress every hiring manager you meet.

Let me share a little secret with you. This is nonsense. You simply can't be perfect all the time. You're not going to impress every hiring manager. For one reason or another, things won't click.

But eventually, if you put the time and effort in your job search that it requires, it will work out. Maybe the others you're up against in the interview weren't as prepared as you. It could be that you have the exact skills the employer needs. Or it may be something as simple as you and the hiring manager made a personal connection and he or she just likes you. Whatever it is, I can guarantee that you will win in the end.

I'll give you a funny story that my business partner, Mitchell, told me once. He had this really pretty girlfriend in high school that came from a different school district. All his friends couldn't believe it. How did he get this girl to go out with him? Mitchell said it was simple. I asked a hundred attractive girls to go out with me and out of all those girls, this one liked me in return.

At the end of the day, most of life's great challenges comes down to playing the odds. So stop doubting yourself when it's taking longer that you expected to get a new job or get a promotion. So long as you're self-disciplined, broaden your skill-set, and have multiple ways to get to the same destination, success will come.