How to Deal with a Horrible Boss

Nearly everyone has had experience dealing with a boss we don't like all that much. It's never fun. The trouble is, while we've all had experience in this situation, when your in the middle of it, it's really hard to know what to do about it. Before you resort to extreme measures like what they did in the movie Horrible Bosses, try out this strategy first.

Ask Yourself: Why is This Happening? Can It Be Fixed?

It's important to be a little introspective about what's going on. You need to consider the context to determine what your next steps might be. So try to answer a few questions:

Did this just start all of a sudden, or has this been going on for a while?

Did I do anything that might have caused this?

Are others having the same types of issues with my boss or is it just me?

Am I misinterpreting things? 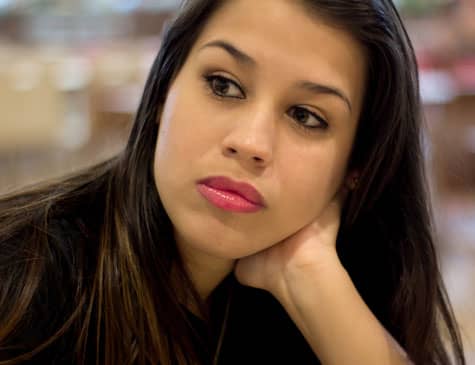 Sure, you could be attacked for no good reason. But oftentimes there's something that's happening that is causing it.

Maybe your performance is slipping or the expectations and goals you've been given are unrealistic. It's possible that it's personal differences or style differences that you could modify. Maybe you said something that they didn't like. Then again, you might be taking something too personally and your boss doesn't even realize they are bothering you. In other words, it could be a lot of things that set this off. You just need to understand the context.

It's also a good idea to talk it through with a trusted co-worker or someone else who cares about you outside of work. It's good to get some perspective from others who aren't directly involved. It's often more objective, which is what you need in this situation. Ultimately, the big question you have to answer is: "Can this situation be fixed?"

If you feel like there is no possible way to improve things with your boss, make an escape plan now. However, if you think there might be a way to get on better terms, then you'll have to have one of those awkward conversations no one likes to have. This is critical to getting the relationship with your boss back on track.

To do this, schedule in their calendar in a private office or conference room. Don't just try to pull them aside in the hallway. You need some time to sit down and talk privately.

Have a Positive Discussion

The key to having a successful discussion with your boss, is to start from the high ground. A place where you both can agree. Don't just jump into what you don't like about him or her and what he or she is doing. Instead, start with what you genuinely appreciate.

On of the best examples I've seen in recent times of this technique is a video of a Black Lives Matter leader, Hawk Newsome, when he spoke to Trump supporters. What could have been a really negative situation turned out to be extremely positive because he talked about values and beliefs they both shared and then lead the the crowd into how he wanted to see the criminal justice system reformed. By the time he ended his speech, the crowd was shouting U-S-A together!

Now, will you and your boss be high-fiving each other after your meeting? Probably not. But, if you approach the situation where you start off the conversation positively, you have much better chances of finding a good resolution.

In your meeting with your boss, if you see him or her smile, nod their head, and have an open body posture to what you're saying, it's a good sign that you are pacing your boss and the conversation. Now it's time to lead him or her into where you want to conversation to go. It's time to talk about the problem you're having.

Be specific. Give examples. Tell him or her how this made you feel. Explain how this has effected you and why. Then ask what his or her thoughts are and listen. Really listen. Don't interrupt. Don't be defensive. Just listen and take it in. Try to understand their perspective. And if you learn it was something you said or did that started it all, apologize.

You're goal isn't to make sure the finger is pointed in the appropriate direction. Instead, your goal is to improve your situation moving forward. So once you've said what you have had to say and your boss has said what he or she needed to say. Ask, "What can we do to make this situation better?" You can either brainstorm right then and there, or if you both feel like you need some time to think about it or cool down, end the meeting and find a time that you can both reconvene.

Now that you have both had your say in the matter, it's time to come up with a plan on how to make things better between the two of you. Your goal is to make noticeable improvement in your relationship. To do that, it's wise to start off with a promise from both of you to each other to wipe the slate clean and start over again. You should never hold on to something from the past if you want a better future.

From there, write up a few things each of you could do to improve how you interact and behave toward one another. Be specific. It's not enough to say, "I'll be nicer," or "I'll do better." No. You have to be more detailed in what exactly you can commit to.

Be willing to compromise and bargain. For instance, something you ask for may be contingent on something they ask for. The deal you strike with your boss may not be perfect, but it will lead to something better. Be open and think creatively.

Did It Work or are There "Irreconcilable Differences?"

Hopefully, within a few months you'll have seen a significant and positive change in your relationship. So long as you both are truly trying, I can almost assure this will be the result.

However, success isn't guaranteed. There are times when an agreement simply can't be made. Sometimes you both seemed to come to an understanding, but then things slowly degrade back to what they were before. Once in a while, there's just too much bad history between the two of you to let go. Or it could simply be that old habits are hard to break.

Regardless of the reason, if you made a genuine effort to improve your relationship with your boss and it doesn't seem to be going anywhere, it may just be time to start looking for something better and move on. Life is too short to hate your job or hate your boss.