Don’t Procrastinate, Just Do It!

I love watching re-runs of the Andy Griffith Show. I remember one episode when a shiftless drifter came through Mayberry. Opie met him and was pretty fond of him. Sheriff Andy Taylor, Opie's pa, on the other hand, wasn't so keen on him. But being the kind of guy he was, he had an open mind. Because the drifter was out of money, Andy offered to pay him to trim his hedges the following morning. The drifter happily accepted. In the next scene, the drifter is sitting on the front porch with Opie and they decide to go fishing instead of trimming the hedges. He'd do it tomorrow. And here is where the drifter said something that's stuck with me when describing tomorrow. "It's the most perfect day to start any job, tomorrow." I was always taught growing up, don't put off until tomorrow what you can do today. Apparently the drifter didn't get this memo. Being the impressionable boy that Opie was, he tried to pull this off with his pa in doing his chores. It didn't go too well. Andy was quick to set Opie and the drifter straight on what should be done today instead of tomorrow.

Even though we know we shouldn't look at life this way, thinking we can do it tomorrow sure is an easy mindset trap we can fall into when we are between jobs. Before you know it, you can develop the bad habit of procrastination.

For me, it was staying up late binge watching a series on Netflix. Then I'd get up late the next morning. Waste a couple hours on Facebook. And then...maybe...I'd look at the latest job postings. Then again, that may not happen either. I'll do it tomorrow.

Does any of this sound familiar?

It's definitely a stressful time and a person needs some distraction. But I discovered there are better ways to use my time so that I could stay more productive, active, and happy. Best of all, none of what I'll talk about today will come at a great cost to you (something that's important when income just took a severe hit). 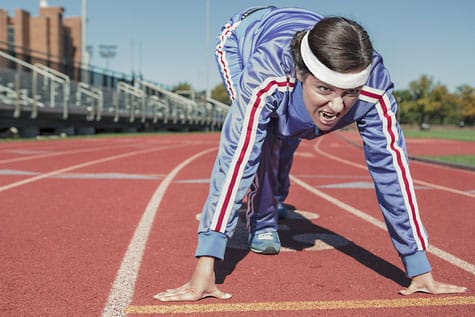 When I was in college, I was in really good shape. But once I started working, I just didn't have as much time available to go for a jog or hit the gym like I used to. Then I got laid off.

After I got over the shock and the period of depression that follows, I decided that this was the perfect time to start running again. I pulled out the old sneakers, stepped out the door, and started running in the fresh air every morning.

There have been studies done that show the mental health benefits of just being outside. So if a strenuous workout isn't you're thing, consider just having your morning coffee on the porch or do some gardening. It'll do your mind good. With physical exercise (be it running, swimming, walking, lifting weights, or whatever happens to float your boat) there are the obvious health benefits, but it also makes you feel more confident. If you can fit into those old pair of pants (that were laughing at you in the closet up until now) again, you'll have a new pep in your step. That can be seen by other people when your networking and interviewing. You'll feel more attractive and be a more attractive candidate to others.

Catch Up On Your Reading

Reading keeps your mind active. It doesn't matter whether it's fiction or non-fiction, either is worthwhile. If it's something you can learn from, get inspired by, or put you in a better mood, read it.

It would also be a good idea to read as much as you can, while you have this extra time, on the job field and industry you are interested in stepping into next. Even if you're looking for something in the same field as you were in before, it won't hurt brushing up on it or getting some new information that you'll be able to use while networking, interviewing, and as you start your new job. You'll be the expert with the latest research, unlike the shlubs you'll be working with. 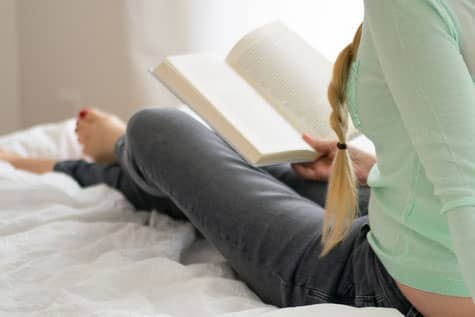 Ever have the desire to learn something new? Maybe how to code in HTML or hypnosis or cooking? This is the perfect time to do it. Become a more well-rounded human being.

Just as you can read to become an expert in your field, this is also a great time to pick up some certifications that might make you more valuable to an employer. I know, classes or training usually come with a cost. But in the grand scheme, you'll come out way ahead. Sometimes, the cliché, you have to spend money to make money has some truth to it.

There are always things that you could do that will help the world become a better place. Whether it's volunteering at a homeless shelter, an animal shelter, or even volunteering to help people below the poverty line do their taxes through the VITA program, you can contribute in some way. The benefits to the experience are that you may learn something new, pick up a new skill, add to your professional experience, and make good networking connections with others that may prove helpful in your job search.

Just the fact that you are helping others who have bigger problems than you will help put life in perspective. You'll start to see that, as bad as you think things were going, it could be a whole lot worse. You'll be more thankful and think more about the blessings you do have rather than focusing all your energy on what you don't.

Do Some Contract or Temporary Work

Doing some contracting or temporary work in your field or in the field that you are pursuing next will give you a chance to either learn new skills or to keep your current skills fresh. It will also open up opportunities.

If you make a good impression, many employers will offer a permanent position later on. If that's not an option, you could be referred to another employer that the boss might know is hiring. Beyond that, it's a chance to expand your network and fill in the gap that would be on your resume otherwise.

Networking and making connections that could lead to a new job or the start of a new career can take time, but it is an effort worth doing. As people get to know you and like you, they're more likely to advocate for you to others.

Don't make the mistake many make in equating networking as just going to job fairs. Sure, this is one avenue, but there are many more opportunities beyond it.

Local chambers of commerce are often open to people who are in transition. Join a local professional organization in your career field as well. This would offer not only the benefit of making good connections, but it also gives you a chance to learn more about the profession you've chosen. Finally, there are a lot of networking events sponsored by various organizations. They usually make announcements on these through social media and newletters, so work to uncover these opportunities as well.

If you're like me, there are probably a lot of things on your home to-do list that up until now, never got beyond writing it down on a list. This is the time to get as many of those things checked off the list while you have a little extra time.

Put a fresh coat of paint on the walls, fix that leaky faucet, tighten a loose door knob, or plant that garden you've been saying you wanted for the last five years.

Yes, this doesn't get you closer to your next job, but it does something to your psyche. You'll feel like you've accomplished something which will motivate you to do more. And once you've completed that long list of honey-do's, you'll feel even more ready to get started in your next career opportunity.

Stop and Smell the Roses

Take stock in what you've accomplished in your life and career. Being between jobs is hard enough without being hard on yourself for not getting something as quickly as you'd hoped.

All is not lost. You'll get that awesome job. I have faith in you!

So instead of worrying all day about your future, remember all your life achievements you've had in the past and focus on what you're doing today that is going to make it a great day. Live each day to its fullest and have no regrets.