Improve Your Career by Being a Better Listener

When I was a young lad, I was told by my mother, "Brian, you have two ears and one mouth. Use them in that proportion." I am the first to admit, I don't always follow this good advice. I try, though, as much as I can.

For all the skills we talk about that will help our career. Listening is probably the most overlooked skill, yet it is by far one of the most important skills one needs to acquire to be truly successful in their career (and marriage...or so my wife tells me). For this reason, today we will talk about all the benefits that come with good listening and ways that can help you improve your listening skills.

The Benefits of Being a Good Listener 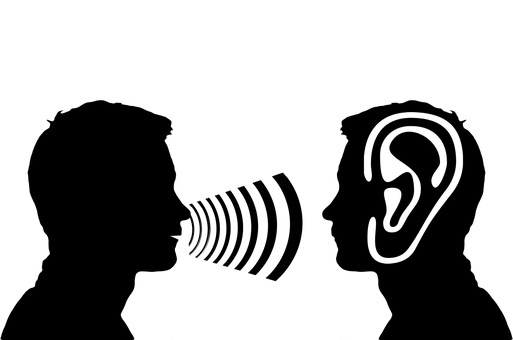 We all know that no two people are alike. But for some reason, we are all under the false impression that we all think alike and are all motivated by the same things. The fact that a person sees something differently than you go a long ways into understanding their behavior. So, when a person describes, asks, or explains something to you, you want to be sure that you are hearing and interpreting them correctly. Otherwise, you'll both be talking past one another instead of to each other.

2) It makes it easier to persuade others.

We all want to convince others of our ideas. However, until you listen to the other person's ideas and incorporate them, the only one whom you are convincing is yourself. Persuasion is all about understanding another person's thoughts, finding places where you can agree, and then leading that person to your ideas once they feel like they've been heard. I've had managers in the past who would give the team a cursory "listening" meeting where we would give feedback on an idea they had. At the end of those meetings, nothing changed. The manager would proceed as they wanted before the meeting and no one had bought into the idea, and because of this, it wasn't executed well. No one was motivated or enthusiastic because we were not part of the process. Had some of our feedback been included, the team would have taken partial ownership. Suddenly, our frame of mind would have changed from, "it's their plan" to "it's our plan."

There's an old African proverb that says, "Those who want to go fast, go alone. Those who want to go far, go together." If you want to make sure that your decisions are taking into account all the variables, you have to get input from others. Even though you may be convinced that you are right in your decision, you should at least consider counter arguments, because you might not be as right as you thought you were.

We all want to be as good as we can. However, when we get less than positive feedback from someone else, we all tend to get pretty defensive. Even when the person giving the feedback has good intentions. When you get defensive, you stop listening and start formulating your arguments in your head. You put up a wall where none of the other person's good ideas can get through. In comparison, when you have built up the skill of listening, you can comprehend that it's not about you it's about the results of your actions they are talking about. Instead of building walls, good listening opens doors to better actions.

5) Your better able to address another person's concerns.

This is especially important when you are interviewing. In my years of recruiting, there have been candidates who failed to listen to the question and gave me a response that was entirely unrelated to the question I asked. Surprisingly, this is a pretty common circumstance. When your nervous, your so concerned about making a good impression that you put 90% of your focus on your answers and not nearly enough on the question.

Beyond this, however, when you have really good listening skills, you can discern what the hiring manager and company really need for the role they are looking to fill. This helps you make sure that you are able to provide matching knowledge, skills, experience, and attitude. If you don't listen, you know no more about what they are really looking for at the end of the interview than at the beginning.

How to Improve Your Listening Skills

When you are listening to someone, it's important to stop thinking about what you want to say and instead be really present in the conversation. Make sure you understand before you respond.

What do we all do when we start to disagree with what is being said? We interrupt. It's a natural instinct and it will drive the other person crazy. For one, if you haven't heard their idea fully, you're likely missing some important details and context. Secondly, had you listened to the end, you may have found yourself agreeing. Third, you are inadvertently turning them off from your ideas. Finally, if the other person is asking you a question, don't start answering before the question is finished. If you do, your chances are high that you aren't answering what they really want to know. So resist the temptation and keep your mouth shut until the other person says what they have to say.

You'll always have more fruitful and productive conversations when you are open to hearing anything. In the end, you may not agree with what is said, but you should always go into the discussion open to the possibility. When you present yourself this way, the other person will feel heard and will be more open to you and your thoughts.

When you want to make sure you're getting all the information possible, it's important to ask questions. You never want to assume or jump to conclusions. The more information you have in front of you, the better your combined ideas and decisions will become.

5) Repeat what you thought you heard.

Before you move on in the conversation, a good listener will make sure they understand first. So whenever something isn't entirely clear, repeat back to the other person what you thought you heard and ask for confirmation. If it's not, they will know that they weren't completely clear and will offer another way of saying it. This also lets them know that you're listening and you want to understand them.

6) Thank them for sharing.

At the end of the day, we all want to be heard and appreciated. Even when you don't agree, you should at the very least, be happy to know of another perspective. If you use that new information wisely, rather than just writing it off, you'll be amazed at how much more success you'll have.